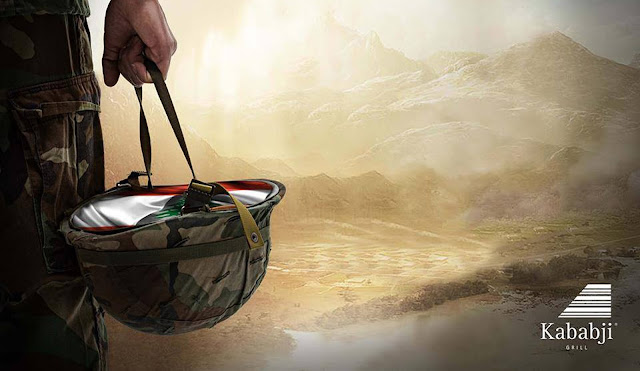 Companies using the Lebanese Army Day to promote their brands are in so many ways much more obscene than any soft-porn video clip of any underdressed bimbo.

A recent soft-porn video clip by some local bimbo shocked some sensitive souls. But none of these souls seemed to be bothered about how many companies are shamelessly using Lebanon’s Army Day to promote their brands and sell their products.

Why do companies advertise on Army Day? Because they care about the Lebanese army? Not so sure.

Because they’re not driven by patriotism, but by pure opportunism. Army Day is coming, the Lebanese army is very popular, let’s take advantage of that to put our name out there and remind people they should buy our products!

In other words, these companies are using the Lebanese army to make money.

Kababji Grill, for instance, talks about “grilling our enemies"... 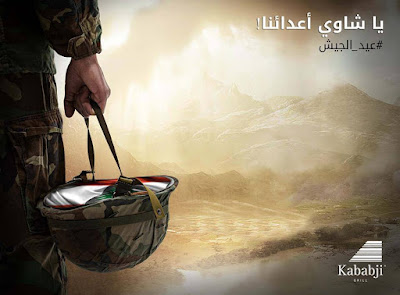 Fakhry, another grill, says: “We are all under your WINGS.” – very subtle! (and very smart, knowing that the Lebanese army has virtually no planes, expect a couple of very old Hawker Hunter...) 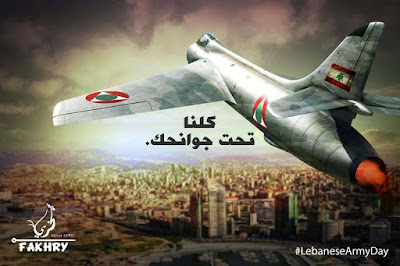 Leading retailer Khoury Home declares: : "Salute to every soldier that left his HOME to protect our HOMES." – also very subtle. 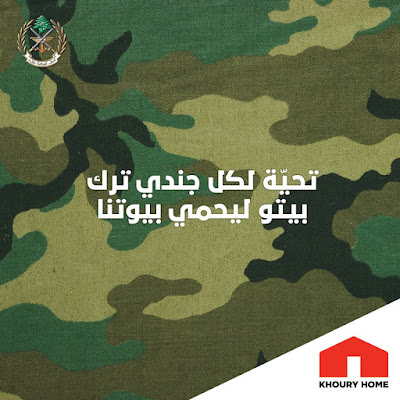 JAC Motors (Chidiac Motors) features a JAC pickup truck carrying a missile launcher: "In times of need, we all pick up with you!" – Subtlety at its best. 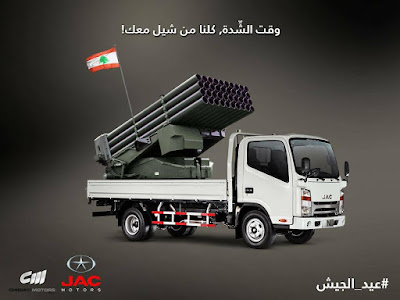 FurnBeaino bakery shows a selection of its best delicacies as the different slices of the same pizza: "The army unites us" (and makes multiflavored pizza?) 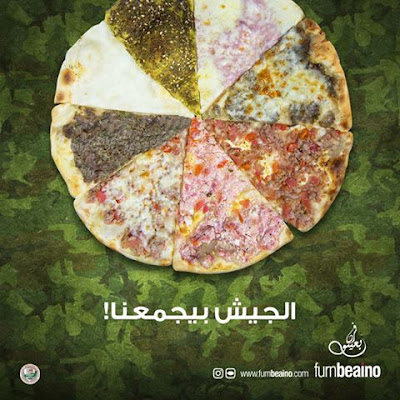 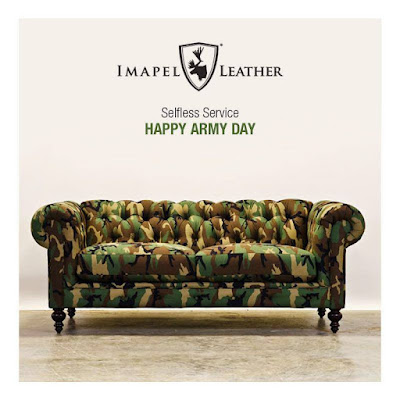 Tatra Milk extend his wishes to the army "with hearts whiter than milk" – hint hint nudge nudge! (You also have to appreciate the "Made in Europe" seal, very appropriate on such a patriotic occasion.) 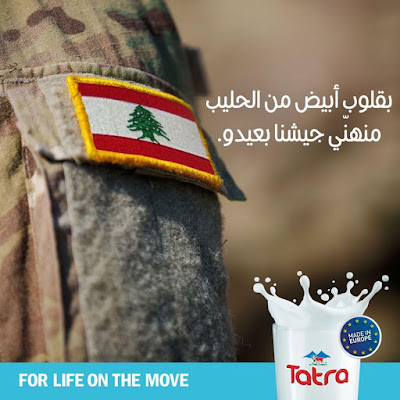 The cheese manufacturer, Smeds, is playing on words to sell its latest product, a new tomato paste. The line says: "God protect you" – the word "God" can also be read as "paste"! 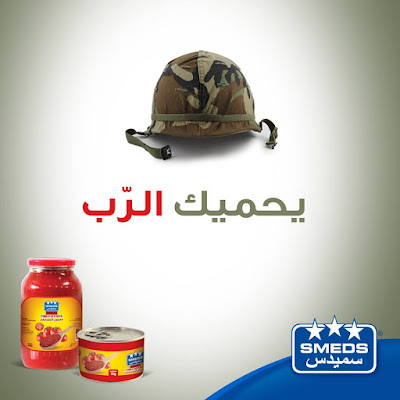 There are too many examples to list here without becoming nauseous.

The most extreme proof of how little ad agencies and their clients care about the Lebanese army was the use of an Israeli soldier overlooking the Syrian border in a Facebook post celebrating Lebanon’s Army Day signed by Virgin Ticketing. After the blog LebaneseAds revealed the unforgivable mistake, Virgin Ticketing removed the post from its Facebook page. 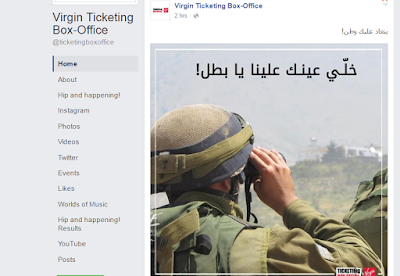 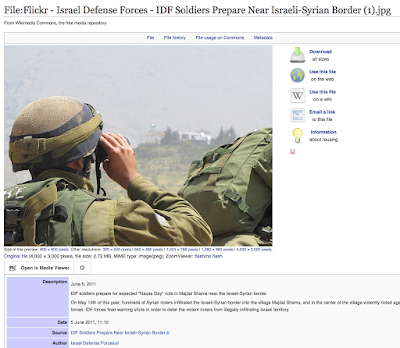 I’m obviously not saying that advertisers shouldn’t support a cause (or a state institution like the Lebanese army) and communicate about it, but there are ways to do it. Ways that actually help the cause these advertisers are supposed to be supporting, not the other way around.

The first question one should ask when looking at a piece of communication about any cause signed by any advertiser is: what or who does the message serve best, the cause or the advertiser?

When you look at most local Army Day ads, the answer is rather clear: they solely serve the advertisers. Under the pretext of celebrating the Lebanese army, they put forward their brand name, using Army Day to remind customers to buy their products. Factually supporting one cause, and one cause only: making money and increasing profit.

If that’s not obscene opportunism, I don’t know what is. And I believe the Lebanese army – this under equipped yet heroic army, the last Lebanese institution still standing, without which Lebanon could very well descend into mayhem – deserves better. Much better.