The "Daesh conspiracy": fact or fiction? 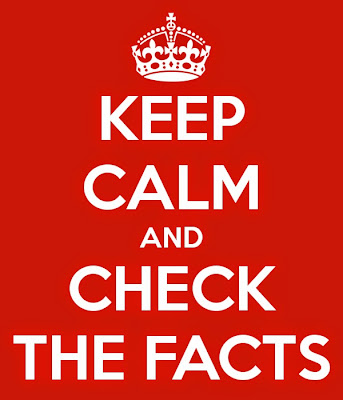 After the little controversy sparked by my previous article: “What’s Daesh doing in Lebanon?”, one can rightfully ask: is Daesh the fruit of a conspiracy? Was it “artificially” created for a specific purpose, following a precise agenda? Or is it a “natural phenomenon" born out of the Middle East’s current chaos?

Even if we dismiss the alleged Snowden leaked documents claiming that Deash’s leader, Abu Bakr al-Baghdadi, was a CIA agent trained by the Mossad, even if we choose to ignore the shady past of the Islamic State' self-proclaimed Caliph Ibrahim, and forget the 1954 correspondence between David Ben Gurion and Moshe Sharett about dividing the Middle East into sectarian mini-states, the facts remain mind-boggling.

So what are these facts?

Daesh first appeared in Syria, soon after the popular uprising turned into a civil war. Therefore, it’s supposed to be, at best, three years old. During that short period of time, it grew to become a very powerful army, taking over large chunk of Syria and Iraq, creating an actual State with structured administration, justice and social systems, as well as a complex economic network, enabling it to sell the oil produced in the regions under its control.

By comparison, if we look at the other infamous terror organization, Al-Qaeda, what do we see?


Al-Qaeda was born in the wake of the Afghan war against the Russian occupation in the eighties. It was funded back then by the CIA, by oil rich Arab monarchies and by its billionaire leader, Osama Ben Laden.  Few years later, as it freely roamed in Taliban ruled Afghanistan, it continued to attract financial help from rich fundamentalists from the Arabic peninsula and from neighboring countries like Pakistan or Saudi Arabia. Despite all this, Al-Qaeda never managed to become a true regional military power.

So how come Daesh managed to achieve in only three years what Al-Qaeda failed to do in almost twenty? The obvious conclusion is that the creation and development of Daesh took much longer than we were made to believe. Thus we can exclude the "natural phenomenon" explanation.

It’s no secret that putting together a well structured, well armed and well trained organization requires a lot of time and tremendous amounts of money.

Can we truly believe that something of this magnitude could be done in total confidentiality, without attracting the attention of different intelligence services around the globe, especially American and Israeli intelligence? It would be very naïve to think so.

Therefore, the slow and patient birth of Daesh was known by governments claiming to fight terrorism.

The easy answer would be: they are using Daesh to help topple the Assad regime in Syria like they used Al-Qaeda to drive off the Russian army from Afghanistan. But after Daesh spread into Iraq and now into Lebanon, this answer becomes obsolete. Especially that on the ground, Daesh is not as much working to bring down the Syrian regime than to consolidate and strengthen its newly created Islamic State. And if the regime in Syria is considered undesirable by the so-called West, the Iraqi government is supposed to be an ally. So why let it be defeated without intervening?

As for Israel, how come the usual paranoia of its leaders about threats from any Islamic paramilitary or terrorist organization, suddenly vanishes when it comes to Daesh, despite its well known savagery and proven military efficiency?

How come Daesh never used the “Liberation of Palestine” slogan as most jihadist organizations do, even for show? How come when Israel started its war against Gaza, Daesh declared that they won’t fight it “because God didn’t order them to”? How come as the genocide in Gaza reached its most horrific toll, Daesh attacked… Lebanon?!

On top of that, is it a coincidence that Daesh’s Islamic State erased the Sykes-Picot borders of Syria and Iraq, starting de facto to implement the old and not-so-secret Israeli plan to divide the region into sectarian entities?

Perhaps the answers lie in the questions. Perhaps in these questions lies the highly controversial answer to who created Daesh and why?

More on a similar topic :
- How can the world respond to Daesh atrocities?
English Lebanon Middle East Opinion