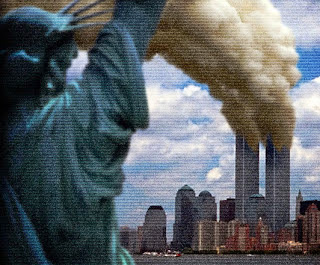 9/11 was perhaps the most important event in recent history. Thirteen years after the horrific and spectacular attacks, it continues to shape international politics. The magnitude of these attacks and their devastating consequences did naturally attract many conspiracy theorists.

If you look-up 9/11 on the Internet, you will find all sorts of different theories, explanations, alleged proofs, etc. Some talk of the Illuminati, others of a coup d’état, and many question the official version and make a decent case against it.

But did you know that 9/11 was predicted in movies? And not only in movies, but in TV series and cartoons, in comic books and even in advertising?

The World Trade Center Twin Towers were a major New York landmark so it was only logical that they were featured and often “used” by moviemakers and people in the entertainment and communication industries. But the few examples you're about to discover go well beyond that.

Are they random coincidences or, as conspiracy aficionados would like to see them, the smoking gun of some dark and obscure plan? We will probably never know. Each one of us is free to believe what he or she wants, even the most controversial theory, even the most eccentric explanation.

The most frightening example is a 1979 ad for Pakistan Airlines. The threatening shadow of a plane over the Twin Towers leaves a chilling impression. And the fact that Pakistan was the alleged last refuge of Osama Ben Laden makes the whole thing even more sinister.

But this ad, understandingly so, could be easily dismissed as a coincidence.

What kind of a pattern can we see from the countless examples in movies? Can we talk of a "prediction pattern"?

Here are only a few examples, judge for yourself: 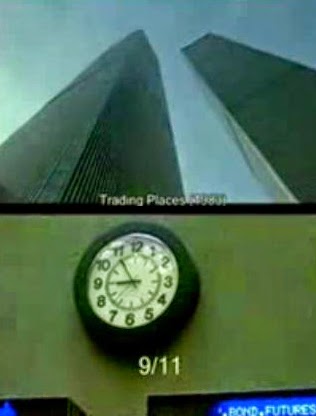 In “Trading Places” (John Landis, 1980) we see Eddy Murphy getting out of a car and looking up. Cut to a dramatic shot of the Twin Towers. Cut to a clock showing the time: one hand is on 9 and the other on 11. 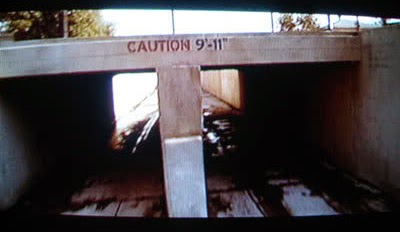 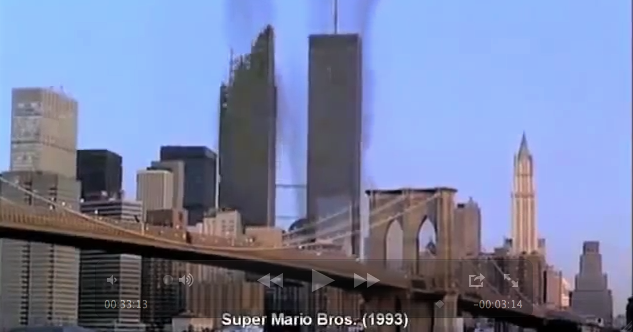 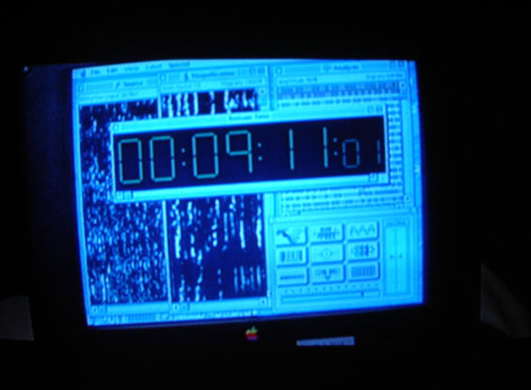 In “Independence Day” (Roland Emmerich, 1997), the character played by Jeff Goldblum shows the clock of the countdown to the alien’s attack: it starts at 09:11:01. “Check mate” says Goldblum. 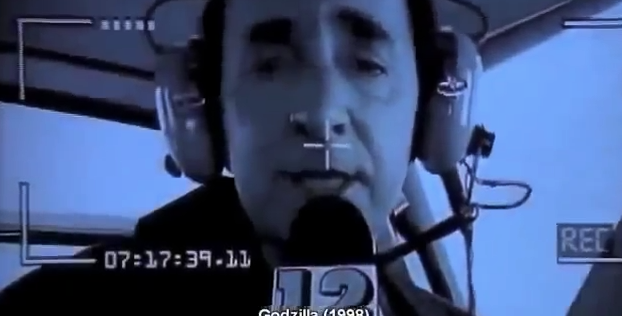 One year later, in “Gozilla” (by the same Roland Emmerich) when the reporter played by Harry Shearer talks of “the World Trade Center Bombing”, the last three number of the time code at the bottom of the screen are 9.11. 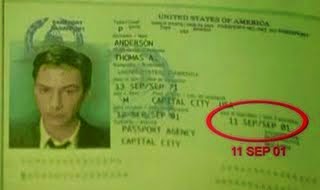 Even in cartoons and comics, we can notice that same strange “prediction pattern”. Here are the two most eerie examples: 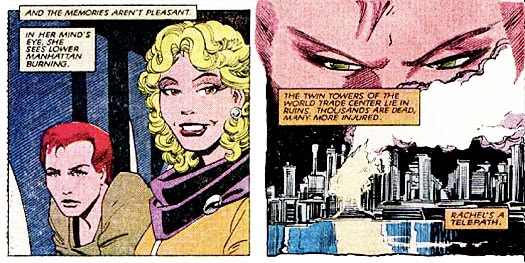 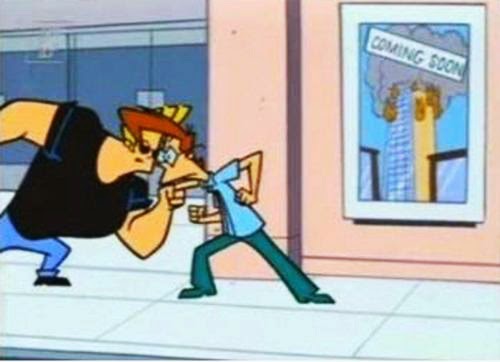 In a "Johnny Bravo" episode (January 2001), we can see on a wall a strange picture: a “coming soon” sign over a burning tower. 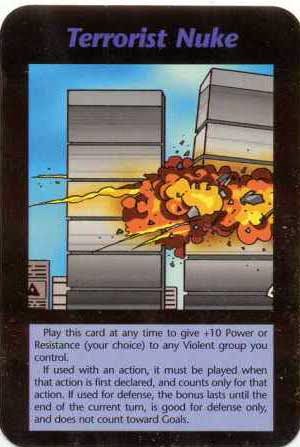 But the most bizarre example remains the game created in 1990 by Steve Jackson, “Illuminati - New World Order”. Two of its cards are weirdly similar to what happened on 9/11: the attacks on the Twin Towers and on the Pentagon. 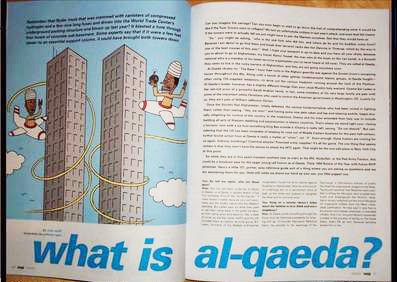 And what to make of this article’s illustration about Al Qaeda, published in 1994, showing terrorists sitting in a plane, holding bombs and circling the Twin Towers?

What about the pilot episode of "The X-Files" spin-off: "The Lone Gunmen" (Chris Carter, March 2001) where a terrorist hijacks an airliner and plans, via remote-control, to crash it into the World Trace Center?

Whatever all this is, pure coincidence, bizarre ominous predictions or even mysterious conspiracy, one fact remains: no one with a sound mind can believe members of the George W. Bush’s administration when they claim that they couldn't see it coming, as former Secretary of Sate Condoleezza Rice did on the aftermath of the attacks: “I don't think anybody could have predicted that these people would take an airplane and slam it into the World Trade Center.”

We're not stupid enough to believe they were that dumb.