In Lebanon, March 8 was Moron’s Day 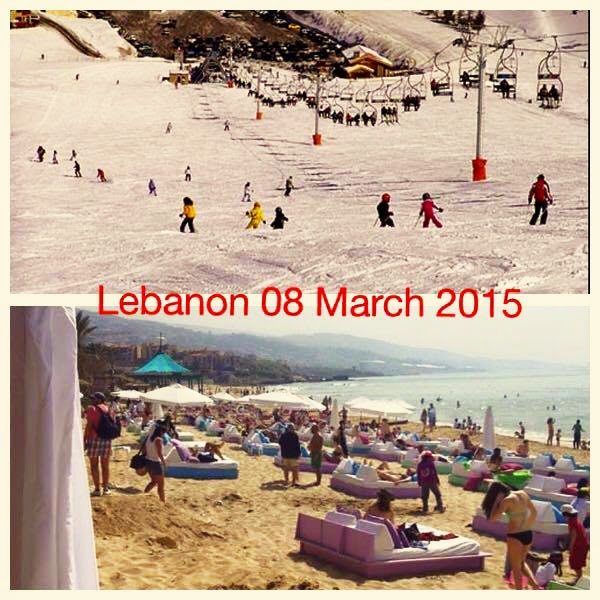 On International Women’s Day, that’s the picture that went viral in Lebanon.

Everywhere in the world, women took to the streets and demanded full equality with men. Everywhere but here.

On that sunny day, no one seemed to care about women’s rights. No one seemed bothered to put an end to domestic violence. Or at least, demonstrate the willingness to do so. Especially Lebanese women, March 8 biggest absentees.

What truly mattered is that, in Lebanon, you could ski in the morning and swim in the afternoon.


What a great achievement that is. What an amazing country we have. Imagine, in twenty minutes, you can take off your ski combination and jump in the blue waters of the Mediterranean Sea.

What matters is to show off our tan, expose our silicone boobs loosely trapped in a designer swimsuit, shake our booty on the latest techno hit, and drink a cold glass of wine in front of the ski slopes. And, of course, take plenty of selfies to post on social media.

In Lebanon, it’s may be true that in twenty minutes we can travel from mountain to sea, but how long will it take us to evolve from morons to citizens?