Don’t do it Lucien 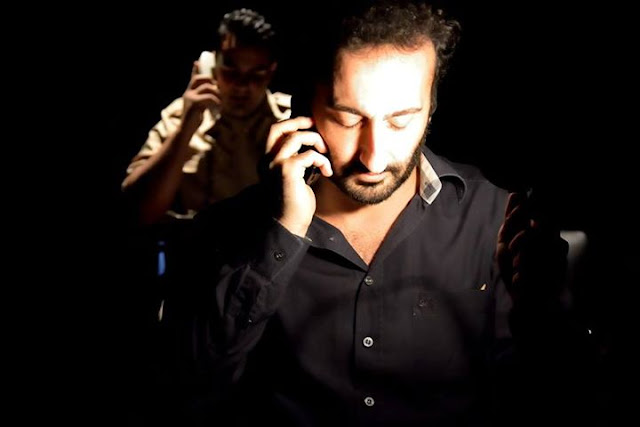 Actor, director and freedom activist, Lucien Bourjeily, started a hunger strike after fellow activist Tarek Mallah was arrested for protesting against corruption and throwing garbage on a minister’s car.

I urge you because I can’t possibly encourage you to do something I wouldn't do. I refuse to be one of those who applaud you and call you a hero before enjoying a good meal at home or in some restaurant while you starve.

I wouldn’t do it because I know it would be useless. Because the people in charge of the country don’t care about me. Or you. Or anyone else. They don’t care because they are convinced that their power and privileges are here to stay, no matter what.

The whole nation could starve, they wouldn’t give a damn.

Do you think they’d lose sleep over an artist on hunger strike?

When you announced it, they took off for a long weekend. They’d probably enjoy good times, good food and good wine with friends and family while you go hungry.

Don’t do it Lucien.

I know you’re doing it out of despair. Despair to see Lebanon rotting. Despair to see corruption eating it inside out. Despair to see so many Lebanese obedient and resigned. Despair to see journalists and so-called intellectuals call Tarek Mallah and his fellow activists aggressors, or claim they’re part of some militia. Despair to hear the unacceptable silence of some self-proclaimed defenders of freedom.

I know you’re doing it because what else is left to do. Because you have to be true to yourself. Because so much injustice has become unbearable.

But don’t do it Lucien.

The plays you wrote and directed did much more for freedom in Lebanon than any hunger strike. You are a powerful voice; we can’t afford to have you weakened by food deprivation. More than ever, the country needs your talent, your intelligence and your strength. Don’t let them take it away by driving you to extremes.

See, they may think that their power and privileges are immutable, but they’re mistaken. Very mistaken. They forgot that we are the source of this power and these privileges.

That’s not Marxist talk. That’s what our Constitution says.

This is where the fight is. Not in the streets shouting our anger, not in a room suffering the terrible consequences of a hunger strike.

This doesn’t mean that the call for Tarek Mallah and his fellow activists release should be toned down. On the contrary. But the world has changed. So did the means of revolt.

Today, thousands of voices on social media are more efficient than few hundreds demonstrators in the streets. A massive media outcry can do so much more than a hunger strike. A high profile lawyer can achieve what slogans shouted repeatedly can never accomplish.

Let’s prove then wrong. Let’s show them that change is possible. Let’s stop saying no to what is and start saying yes to what should be.

Let’s reclaim our Republic. Legally, peacefully, with the unbreakable resolve of citizens reclaiming what’s rightfully theirs.

We have much work to do. Let’s talk over a meal.