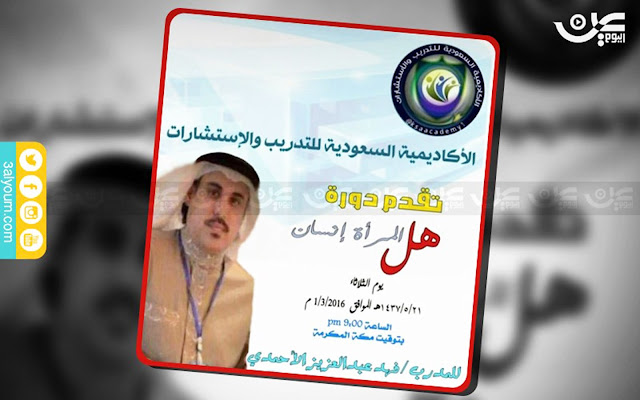 As unbelievable as it may be, this is not a hoax, this is a real poster of a real seminar organized by the 'Saudi academy for training and consulting' on the theme: "are women human beings?"


This academy doesn’t seem to be an official Saudi institution or have any link to the Saudi government. Nonetheless, no seminars or lectures can be held in Saudi Arabia without prior approval of the authorities. So one can easily guess that this “are women human beings?” seminar was officially sanctioned.

Shortly after the poster was published online, the hashtag هل_المراه_انسان# ("are women human beings" in Arabic) started trending throughout the Arab world.

A few hours later, the “academy” published a statement on its Facebook page announcing the cancelation of the seminar (who said social media was useless?)

On the other hand, Saudi activist and media personality Ahmad Al Shugairi has provocatively asked the same question a fews years ago in a video denouncing forced marriages, domestic violence and women's abuse in Saudi society.