Eid el-Berbara, the tragic story behind the joyful tradition 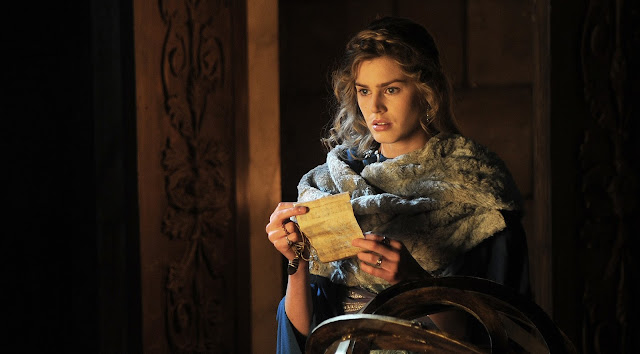 Eid el-Berbara is somewhat the Lebanese Halloween. Kids wear masks and costumes and knock on people’s door to collect sweets. Berbara has been a Lebanese tradition for generations, but very few actually know the tragic story behind the joyful celebration.

Barbara is believed to have lived during the reign of 3rd century Roman emperor Maximian, in the Syrian city of Heliopolis – present-day Baalbek in Lebanon’s Bekaa Valley. She was the daughter of a rich Greek pagan of phoenician descent named Dioscorus.

After refusing to be married to a man of her father’s choosing, she expressed her independence from her family's beliefs and her interest in the Christian faith. As a punishment, she was locked away in a tower. A priest, disguised as a doctor, managed to enter Barbara’s prison and baptize her.

When he learned about his daughter’s conversion to Christianity, Dioscorus sat fire to the tower. But Barbara miraculously escaped the flames and tried to run away. Despite her masked disguise, she was recognized because of her unique beauty and was subsequently caught.

Even after being horribly tortured, she refused to renounce her Christian faith. She was condemned to death and was beheaded by her own father. After his deed was done, Dioscorus was struck by lighting and died on the spot.

When Christians came to claim her body, they were afraid of being arrested. So they didn’t use her real name. They asked for the “barbarian girl” – anyone that wasn’t a Roman citizen was called barbarian (from the Greek barbaros and the Latin barbarus: foreigner). From that day onward, she became known as Saint Barbara – the barbarian saint, the foreigner saint. And her real name vanished from history.

In 2012, her story was told in an Italian TV movie shot in Tunisia. She was portrayed by the Italian-American model and actress Vanessa Hessler.


Saint Barbara is now celebrated on the 4th of December in many countries around the world, from France to Cuba, from Central Europe to the United States. Because of the lighting that struck her father as a punishment for her beheading, she is considered as the patron saint of artillerymen or anyone that deals with canons and explosives.

In the US, the Order of Saint Barbara is a military honor society for both the US Army and the US Marine Corps Artillery, including field artillery and Air Defense Artillery.

But in Lebanon, the Saint Barbara celebration – in French: Sainte Barbe – is strangely not so grim. Which is rather ironic in a country with such a violent history and such an ingrained gun culture.

For once, a tragedy and its worldwide violent symbols is a joyful childlike celebration in Lebanon. So even if you don't care for christian-based traditions, this happy anomaly is something to celebrate.