What was on TV the day the Lebanese war started? 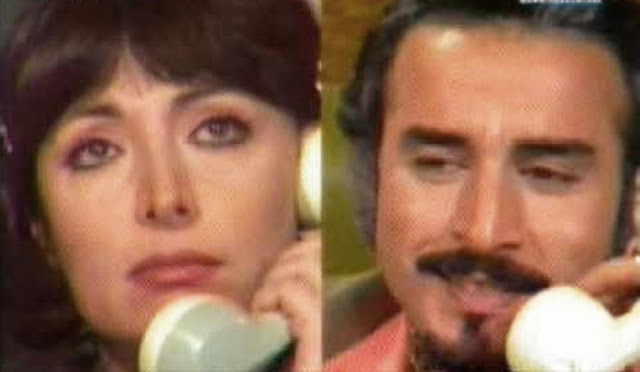 April 13, 1975 was the official start of the so-called Lebanese civil war. Why publish today videos of TV series that aired back then? Not out of nostalgia (maybe a little), but to show how unaware we were of the horrors to come.

We were laughing with Chouchou, Abou Salim, Ghawwar and el-Dounia Heik, sobbing with Allo Hayété and 3azef el-Layl, and shivering with 3achra 3abid Zghar. I was seven. Two month later, I was going to turn eight and have the traditional birthday party with friends and cousins, pains au lait and Bonjus. My afternoons were filled with Rin-Tin-Tin, Tarzan, the Six Million Dollar Man and Jules Verne’s Michel Strogoff.


That traditional birthday party never happened, not the way I was looking forward to. After April 13, everything changed. I couldn’t go to school anymore – my school was in an area controlled by Palestinian militias. I lost contact with many of my friends – some I never saw again. Most of my days and my nights were spent in the building’s mazout room we used as shelter.

Still, on TV – powered by a car battery – Chouchou, Abou Salim and the others kept making us laugh, 3achra 3abid Zghar kept scaring us, and Hind Abillamah kept stealing our hearts. The Six Million Dollar Man kept running in slow motion and saving the world, while Michel Strogoff kept slaying the evil Tatars.

The Lebanese who lived through that dark period should forever be grateful to these TV shows, especially the local ones. They helped us keep some sanity amid the insane war the country was plunged into.